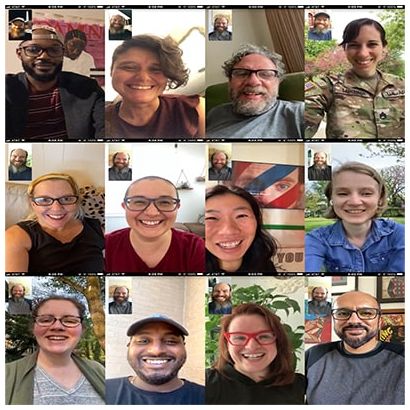 In times like these, it’s good to have a VFF.

VFF explores friendship through one-hour video chats. Only 12 people can take part in these one-on-one experiences (three per day), hanging out over FaceTime with Brian Feldman (#txtshow).

What is a friendship worth? How do we make friends? What does being friends actually mean? Brian explores these questions and more by offering you an opportunity to define friendship.

As Washington City Paper wrote, “See It If: You want a new conceptual artist friend to hang out with in real life.”

VFF is a modified social distancing version of BFF, which premiered in a sold-out 50 show run as part of the 2012 Capital Fringe Festival.

This show takes place over FaceTime. In order to participate, you must have an iPhone, iPad, or iPod touch with iOS 10.0 or later, or a Mac with OS X Lion 10.7 or later. You will receive a FaceTime video call from Brian Feldman at the phone number you provide when purchasing your ticket. (Please make sure your device is charged.) All performance times are in MDT.

Brian Feldman is an award-winning performance artist and actor. He lives in Washington, Douglass Commonwealth where, as the news website DCist noted, “In a city that has an advocacy group exploring how to ‘make D.C. weird’ – and is still struggling – Brian Feldman is a shining beacon of eccentricity.” His work has been featured on television, radio, in print, and online, earning critical comparisons to the likes of Marina Abramović, David Blaine, John Cage, Christo, Marcel Duchamp, Tehching Hsieh, and Andy Kaufman. Since August 2003, he has presented 400+ performances of 130+ projects at 175+ venues and festivals in cities worldwide via Brian Feldman Projects, one of the world’s premier presenters of experimental time-based art.