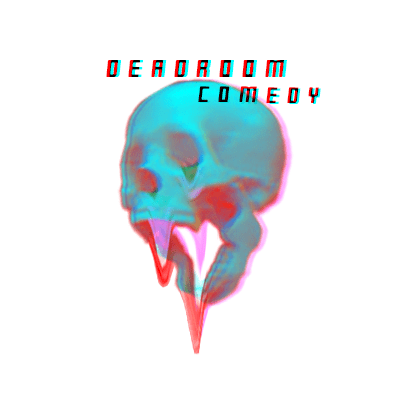 Comedy and tragedy have an ancient relationship with each other. Come honor that tradition by attending DeadRoom presents: Dead Inside at this years Denver Fringe Festival.

This multi-media show will feature stand-up comedy, video sketches, and more, all geared towards the question, “what makes us feel hollow inside and how can we make audiences laugh at it?”

Expressing the feelings that come with trauma provides the soil for new growth and new joy. Life is hard, so why not come out and laugh a little bit with the DeadRoom boys, because whether you are laughing or crying, this too shall pass. It’ll be fun, I swear.

DeadRoom Comedy consists of four kings named Elliot Weber, Jacob Jonas, Jeff Stonic, and Joshua Emerson who are out in these Denver streets, doing king shit. DeadRoom hosts comedy open mics and showcases all over Colorado and puts out a new sketch every Monday on their youtube, youtube.com/c/deadroomcomedy. Come through and check us out.

Elliot Weber is an athletic built Caucasian man who captures the audience with his genuine manner, vulnerable humor, and timely jokes. He can be found on most socials @elliotaweber.

Jacob Jonas is an animated and eccentric comedian who enjoys talking about large scale historical socio-political trends in a distinct, absurdist fashion. He can be found on IG and Tik Tok @jenkem_jones

Jeff Stonic is from Wisconsin, which is tough. He has a background in improv comedy, which is also tough but he did perform twice at the Upright Citizen Brigades' Del Close Marathon, so it wasn't all bad. He can be found sliding into your neighbors dm's @jeffandtonic

Joshua Emerson is very loud and is Dine' (Navajo) which he loves telling people about. Not a subtle man, Joshua works to use his expressive and energic manner to bring positivity and build community. He can be found talking too loud @dangeremerson