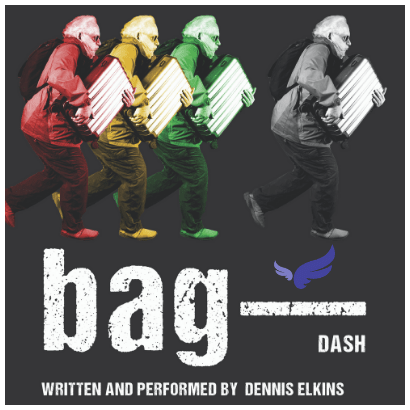 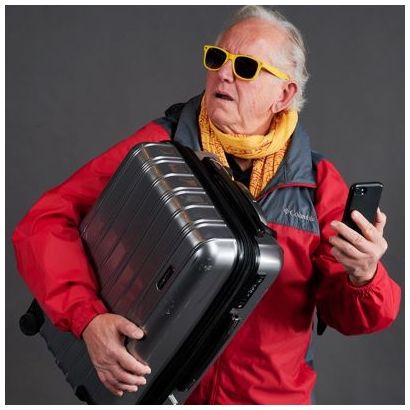 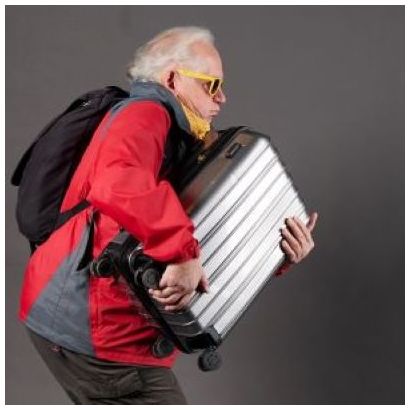 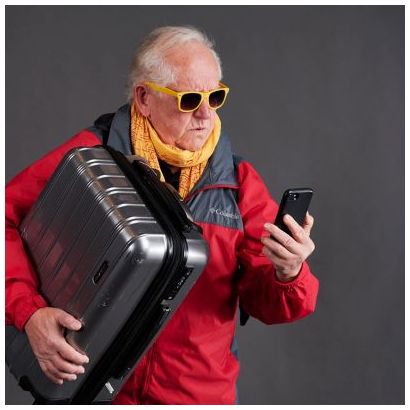 Refusing to join the “Old-White-Guys-Club” of exclusion and marginalization, master storyteller Dennis Elkins travels through India with a backpack of guilt, searching for a divine life-affirming epiphany. In bag— (pronounced “bag dash”), a poignant comedy of travel and identity, Mr. Dennis crisscrosses India via buses, tuk-tuks and taxis in hopes of uncovering the mysteries of middle-age clutching his backpack and a 3-item to-do list; seek guidance from some appropriate spirit, scatter some of his son’s ashes in some appropriate place, see the Taj Mahal at some appropriate distance.  Sadly, Mr. Dennis can hardly navigate his way out of the New Delhi airport. Traveling with a “circus” of oddly matched pilgrims, our hero confronts fears and stereotypes to prove “Old White Guys” don’t have to rule the world!

For 25 years, until mid-2017, Dennis Elkins focused on teaching theatre in higher academia in the US Southeast and Rocky Mountain areas.  Currently, he lives as an itinerant artist.  Recently, Elkins has been creating three original solo shows celebrating the escapades of “mr. dennis” in the N trilogy: box., bag— and blood.  The trilogy is a composite of three independent plays tracking the unpredictability of cardboard boxes, the chaotic travels of a middle-aged man on the loose in India and the inevitable chaos of retirement (when set to music).  Dennis has also developed and performed other one-man shows of The Lion, the Witch and the Wardrobe, Poe’s Never Bet the Devil Your Head, and Tipping the Glass, an Evening with O. Henry. Favorite roles include Lear, Shylock, Polonius, Sir Toby, Rothko, Picasso, Joe Keller and Edna Turnblad.  Favorite venues include the Nashville Rep, the Clarence Brown Company, the Colorado and Utah Shakespeare Festivals, Single Carrot Theatre in Baltimore and Thingamajig Theatre Company, Pagosa Springs, Colorado. Directing credits include Merry Wives of Windsor and Comedy of Errors for the New Mexico Shakespeare Festival, The Pirates of Penzance, Spring Awakening, Love’s Labour’s Lost, The Learned Ladies and Little Women. Elkins is a certified Associate Teacher of Fitzmaurice Voicework® and a member of Actors’ Equity Association.

Karla Knudsen Director/co-collaborator of box. trilogy, including bag--, and also the solo acoustic musical, A Sea Full of Stars. She has directed/performed with Savannah Shakes, Savannah Rep, and Collective Face Theatre and taught at the Savannah College of Art and Design (SCAD). Karla serves as consulting editor for ARTPULSE. Summers, she can be found hiking glaciers and building tiny houses with her family. Karla holds degrees from SCAD and Carnegie Mellon University.

Robert is thrilled to be joining Dennis again on another epic tale of adventure. Robert is a Sound Designer, Composer, Hacker, and Educator based out of Chicago IL. Scratch this part of your program (or screen) to hear a fun sound, or check out some of his previous work at Techmagicdesigns.com. Proud member of USA 829.

William Kyle Odum is a Nashville based Director, Producer, Sound Designer, Lighting Designer and all-around theatre-maker. He is also a Co-Founder and an Artistic Council member with Woven Theatre Company and serves as a producer on all productions. Mr. Odum holds a B.F.A. in Theatre Directing and is a member of the Theatrical Sound Designers and Composers Association (TSDCA) and the Association of Sound Designers (ASD). woventheatre.org